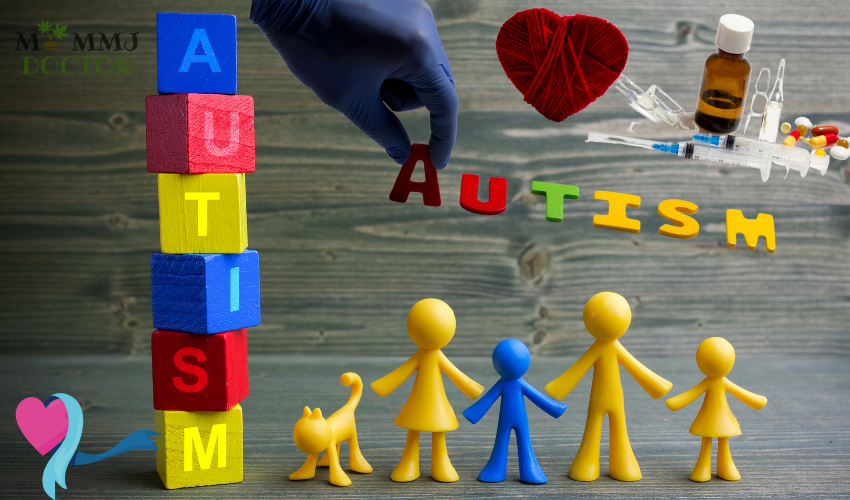 Autism includes a broad range of conditions that are characterized by challenges with repetitive behaviours, social skills, non-verbal communication, and speech.

As per the Center for Disease Control, the health condition affects around one in 54 children in the US.

It is basically related to the brain growth that impacts how a person socializes and perceives others. It causes issues in social interaction.

Autism begins in early childhood while causing issues functioning in society. While there is no cure for the health condition, early diagnosis and treatment can make a huge difference in several children’s lives.

Several children show the signs of autism in early infancy, like diminished eye contact, lack of response, etc. The common signs and symptoms of the health condition include:

Though these types were once thought to be separate health conditions, they now fall under the autism disorder. This includes:

Children with Asperger’s Syndrome do not have any issue with language. In fact, such children tend to score above average or average on intelligence tests. But even with such an advantage, they have some social issues and narrow interest scopes.

Children with disintegrative disorder have a typical development for at least two years. And later, they lose most of their social and communication skills.

This is the most common form that people think of whenever they hear about the autism health condition. This one generally refers to the issues with communication, social interactions, and play in children who are younger than three years.

If the child adheres to some autistic behaviour, then the doctor might often use this term. This includes delays in communication and social skills.

Well, the exact reason behind it is still unclear. It can stem from issues in the brain’s parts that interprets the process of language and sensory inputs.

The health condition is four times more common in boys as compared to girls. It can occur in people of any ethnicity, social background, or race. However, the lifestyle, educational level, or family income doesn’t affect the risk of autism.

Still, there are several risk factors. This includes:

There is still no evidence that even vaccinations cause autism.

It is challenging to get an accurate diagnosis of the health condition, but the doctor focuses on the development and behaviour.

However, in the case of children, the accurate diagnosis takes two steps.

Even though there is no cure for the health condition, early diagnosis can make a huge difference.

The two main treatment types include: