Difference Between Medical and Recreational Weed 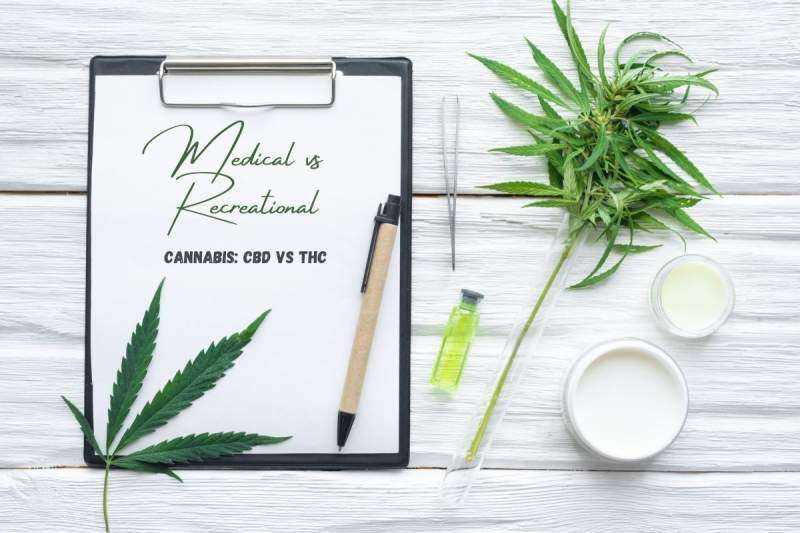 Cannabis is a plant that generally refers to a group of three plants with some psychoactive properties. Cannabis Sativa, Cannabis Indica, and Cannabis Ruderalis are the three plants with the psychoactive properties whose flowers are when harvested and desiccated generate a common drug that is known as Marijuana. As the use of Marijuana is becoming legal in many areas, different names of it are also evolving and two such names of different forms, of course, are Medical Cannabis and Recreational Cannabis. The confusion between medical Cannabis and Recreation Cannabis is getting intense.

Cannabis is comprised of more than 120 components which are identified as Cannabinoids. The two primary components that are the point of attraction and offers ample health benefits are Tetrahydrocannabinol (THC) and Cannabidiol (CBD). Each of them has different effects on the body.

It is a psychoactive cannabinoid that is high in CBD that facilitates in alleviating the pain, cancer-related symptoms, and diminishing the inflammation. It also facilitates ease the seizures, anxiety, nausea, and migraine.

It is the primary psychoactive cannabinoid constituent present in Cannabis. It is an active ingredient in marijuana that can make an individual high by increasing the heart rate and triggers the mind cells that release a huge amount of dopamine which further helps in diminishing pains, swelling, and muscle control difficulties.

What Is Medical Marijuana?

Medical Cannabis or Marijuana refers to a whole unprocessed plant that is utilized with a valid ID card for consumption and acquisition. Medical Marijuana is cultivated with some strict measures that make them useful for treating many health conditions. This cannot be consumed or bought devoid of any valid recommendation from a certified Medical Health Professional. Medical Marijuana has higher CBD content as compared to the Recreational one.

In the 17th century, a hemp plant that was conventionally used for making sails and ropes produces Marijuana. Presently it is available in licensed medical stores in the form of hemp seeds and hemp oil. Both the hemp seeds as well as hemp oil are rich sources of dietary protein, minerals, and fiber. This plant has been used for generations due to its ample benefits. As far as the history of Medical Marijuana is concerned, the development discloser of its benefits of Medical Marijuana is done over time with deep research involved.

What is Recreational Weed?

There are three different types of cannabis plants at the most basic level that offers health benefits.

Cannabis Indica plants that contain lower THC and higher CBD levels. These plants are bushier and shorter with wider leaves. Myrcene, Terpinolene, and Linalool are the common terpenes involved in Cannabis Indica and produces the finest results when used for various health conditions like acute pains, loss of appetite, the difference in dopamine levels, treating insomnia, and many more.

Cannabis Sativa plants contain lower CBD and higher THC ratio. These plants are tall and thin in size with narrow light green colored leaves. Caryophyllene, Limonene, and Pinene are the common terpenes involved in Cannabis Sativa and produces the finest results when used for various health conditions like anxiety, depression, chronic pains, and many more.

Medical vs Recreational has always been a topic of debate for most marijuana user. People often ask question like “Why should I get a medical marijuanas recommendation when I can possess or smoke without one.” For those, Here is why getting a card is helpful.

The chief difference between Medical Marijuana and Recreational Cannabis is the content of Tetrahydrocannabinol (THC) and Cannabidiol (CBD). These are the two primary active constituents in marijuana. If we define recreational use of Marijuana, it has more THC content as compared to Medical Marijuana. As THC is medicinally beneficial but is responsible for making the users feel high and its psychoactive nature is not so ideal for those who want to extract the health benefits from it whereas CBD that is comparatively more in Medical Marijuana has been proved to be an excellent remedy for dealing with several health conditions.

Though both Medical and Recreational Cannabis have both the constituents, the one that has a higher CBD ratio i.e. Medical Marijuana endows with more health benefits. Therefore Medical Marijuana is proven to relieve lots of health conditions like alleviates Depression, antipsychotic properties, and many more.

While buying medicinal marijuana, a legalized personal is required to be shown which states that the individual is allowed to purchase and consume medical cannabis. This is recommended by the authorized medical professional and is obtainable at medical clinics only whereas recreational cannabis can be obtained from the medical stores and the seller is not allowed to advise anything concerning it.

The Laws governing Medical Marijuana have been relaxed and altered that allows the extensive use of it whereas Recreational Marijuana still struggles for accessibility as well as availability.

Both Medical Marijuana and Recreational undergoes the same cultivation procedure but the chief difference occurs during the emergence in cultivation and its production. It purely depends on the final product that it will either be used for medical purposes or recreation purposes only. Cannabis intended for medical use undergoes a controlled and stringent process before it is made accessible for consumption. Plantation or medical marijuana is done in a controlled environment whereas recreational cannabis can be cultivated outdoors and indoors. Medical Marijuana is closely monitored on small issues like pesticides use so that the end product is safe for consumption. Undoubtedly both the processes are monitored safely but the emphasis on medical one is more.

Versatile products are preferred more and the same applies to Cannabis. Medical Cannabis is considered to be more versatile as compared to recreational one due to the ample benefits it offers for many medical conditions. Medical Cannabis has high CBD constituents and low THC whereas Recreational has high THC. Constituent having high CBD is more beneficial and facilitates boosting good health. So it is ideal for elders as well as children but talking about the recreational one, it is restricted to a specific age group only.

Patients acquiring a medical cannabis card obtain more benefits as it offers a wide variety of benefits to its consumers. In contrast, the same is not available from the recreational one. For instance, a cardholder can save money because the person doesn’t need to pay additional taxes imposed on recreational cannabis products.

Though recreational weed is legal in California, it is essential to understand the benefits of accessing medical marijuana with a medical card that is not accessible to recreational users. 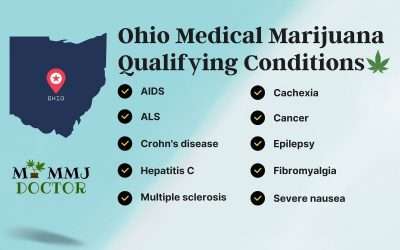