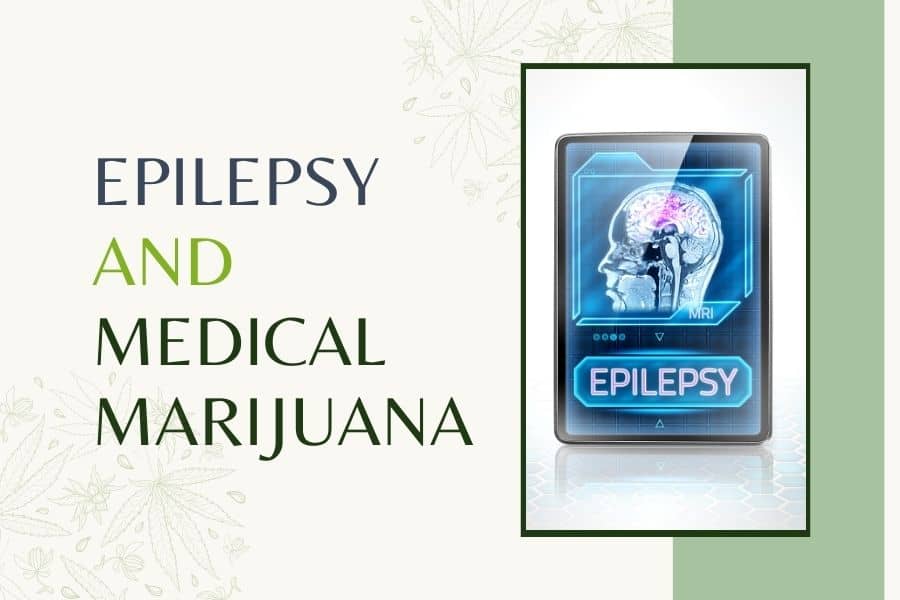 Epilepsy is one of the most common non-communicable neurological diseases. Almost one-third of the patients diagnosed with epilepsy have seizures that are defiant to antiepileptic medications. The research and clinical trials focus on several drug treatments to handle the debilitating condition the right way.

Epilepsy is a neurological condition that commonly occurs in patients experiencing recurrent seizures occurring due to a sudden jolt of an electrical activity happening in the brain. It is responsible for the disruption in messaging between the brain cells. There has been comprehensive research on this over the past years on epilepsy and seizures. Still, the investigation is ongoing in different aspects of the condition and how Marijuana helps treat the health condition.

The use of the cannabis plant to treat seizure disorder is well-known since ancient times and is considered an effective treatment to handle hard-to-treat seizures. The active ingredients of a cannabis plant are cannabidiol (CBD) and delta-9-tetrahydrocannabinol (THC), deemed adequate and safer in treating seizures less adversely psychotropic effects.

“The FDA has also approved a CBD-rich drug as a therapy for hard-to-treat seizures. Marijuana is rich in CBD components; it gives Cannabis a plus point to be an effective remedy to treat several debilitating conditions.”

But the question that arises here is that can Medical Cannabis help with seizure disorders?

Medical Cannabis has received a lot of attention in the past few years and is used since ancient times to treat seizures. However, the research is still ongoing to prove it. The FDA has recently approved a drug named Epidiolex that comprises CBD as an effective treatment for people diagnosed with hard-to-treat seizures. Medical Cannabis is rich in CBD, and with CBD treatment, some people had a drop in attacks after taking CBD-rich drugs.

Let us take a closer look at how Medical Marijuana works in treating seizures or epilepsy.

How does Medical Marijuana work on Epilepsy or Seizure Disorders?

CBD and THC lie under the same group of substances known as cannabinoids that bind to receptors in the brain and are useful against the pains associated with several debilitating conditions. CBD works on the other signaling system within the brain and has anti-inflammatory and protective properties. According to a study, CBD was found effective in treating seizures.

The idea of using the constituents of the marijuana plant to treat epilepsy is getting attention. Researchers are confirming their effectiveness. In Washington DC, according to research presented at the 67th Annual Meeting of the American Epilepsy Society, patients diagnosed with epilepsy were given Medical Marijuana and reported the effectiveness of Medical Cannabis treatment for their seizures and mood disorders.

The marijuana plant and its constituents can be the key to relieving seizures for several patients. A few modern medications also are acquainted with Marijuana’s potential and its efficacy in treating seizures. Epidiolex is a modern medicine comprising CBD to treat epilepsy and seizures. The research studies on associating Marijuana with seizures or epilepsy come up with the advantages of CBD and its effectiveness over the psychoactive THC constituent. In several studies, CBD was consumed alongside the conventional anti-seizure medications, with the combination ensuing in the improvement of seizures.

Cannabinoids can also help in treating epilepsy by binding to specific brain receptors called CB1 and CB2. These receptors, in turn, slow down the release of neurotransmitters such as glutamate that stimulate the central nervous system and may result in seizures. Some experts also suggest that cannabinoids may make the anti-seizure medications more effective and increase the concentration of some anti-seizure drugs like clobazam in the patient’s body.

However, a patient must not try to self-medicate seizures with Marijuana. Consuming Marijuana with some other psychoactive drugs may increase the seizure risk. So it is highly recommended to count on marijuana treatment with a medical doctor’s recommendation only.

While choosing medical marijuana treatment for your debilitating condition, it is highly recommended to avoid the self-medication of Cannabis. Medical Cannabis consumed in an inappropriate ratio may affect the patient in some other way. So it is essential to take the medical cannabis dosage to treat the debilitating condition accurately as the side-effects may depend on how the cannabis product is handled.

Despite the benefits of medical Marijuana on seizures, there are some risk factors as well that you need to consider. A patient must consume Medical Marijuana with the doctor’s recommendation only. Self-medicating Marijuana can be a point of risk for the patient. Several factors need to be taken care of that includes:

Medical Marijuana can have interactions with some other prescribed medicines for epilepsy, including benzodiazepines. The drug interactions may get responsible for the deterioration of the side-effects like sedation.

Self-medicating the medical Marijuana bought from the streets can cause some health issues as there is no reliability of the dosage and ingredients. Also, the THC content of Cannabis is very high that may cause an increased feeling in the patient, and CBD is believed to be an effective and safe treatment for seizures. But again, the strain needs to be of a consistent composition and appropriate dosage.

Medical Marijuana has a contentious status that may put you in some legal issues. Consuming medical Marijuana without obtaining a valid Medical Marijuana Card is illegal and can put the patients in some real legal troubles. So, this undoubtedly points to the consumption of medical Cannabis with the doctor’s recommendation only.

With the increasing demand for a curative plant, the research on its medicinal properties is already at its peak, and people are inclining towards the natural remedies more. The FDA has also approved a CBD-rich drug as a therapy for hard-to-treat seizures. Marijuana is rich in CBD components; it gives Cannabis a plus point to be an effective remedy to treat several debilitating conditions. But due to its controversial status, it is essential to obtain a valid Medical Marijuana Card to stay away from the legal issues. So, a patient must get a Medical Marijuana Card before deciding on the cannabis treatment, and don’t forget to choose the Medical Cannabis treatment with a doctor’s recommendation only. If you think of choosing Medical Cannabis as a treatment option for epilepsy or seizure disorders, get a medical marijuana card with My MMJ Doctor and stay protected from legal issues. With a valid medical card, the patient can get hold of a natural and curative remedy without getting trapped into legal troubles.