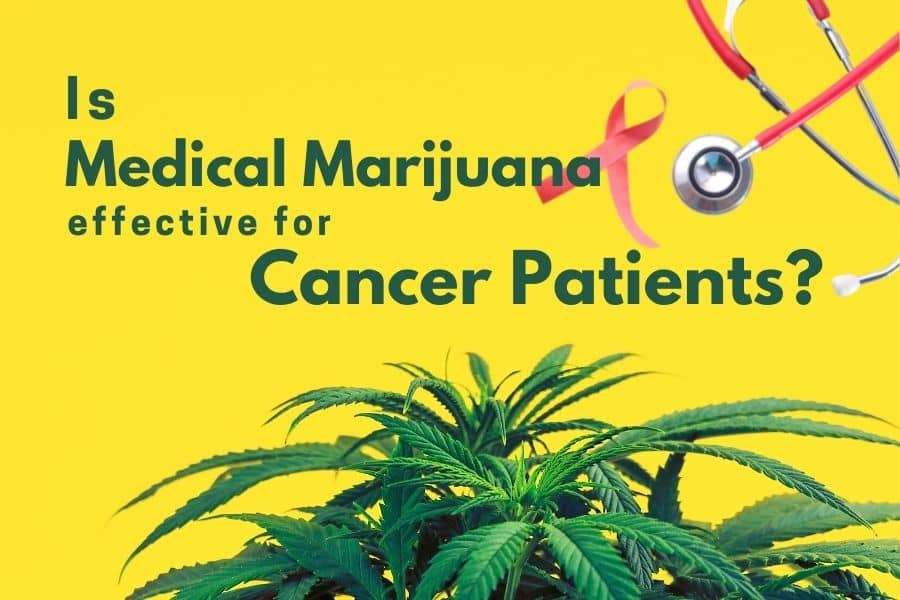 With more states legalizing Medical Marijuana and implementing its laws, questions about its legality and role in effectively managing the symptoms of several health conditions are still on the search. It is common to say it based on the other’s perceptions, but the actual facts are entirely different.

Talking particularly about cancer treatment, it is intricate to say that it can cure the disease as the research studies indicate the different statements. You will get to hear a lot of myths about everything but the facts are entirely different.

Medical Marijuana mainly helps in managing cancer symptoms and can also handle the side effects of the treatment. Are you also excited to know the association between medical cannabis and its impact on cancer patients? Here’s all you need to know about it.

Also Read: New York May Displace California as Cannabis Capital of the World

Cancer is a severe disease in which a few body cells grow uncontrollably and spread to other body parts. It can begin almost anywhere in the human body that is made up of trillions of cells. Usually, the human cells develop and multiply to form some new cells as the body requires. When the cells grow old or get damaged, they die, and the new cells take their place.

However, this orderly process sometimes breaks down, and the damaged or abnormal cells grow and multiply in the body. These cells shouldn’t grow in the body, and these outgrown cells may develop tumors that are also referred to as the lumps of tissues.

The tumors can be cancerous and noncancerous, which is diagnosed by medical doctors. Several cancers form solid tumors and can cause blood cancer, often known as leukemia, and tumors can cause severe symptoms or be life-threatening. It can take the person’s life if not diagnosed at an early stage or not treated on time. Let us now explore the medical marijuana association with Cancer treatment.

How is Medical Marijuana associated with Cancer treatment?

Medical Marijuana is well-known for its proven antiemetic properties. Cancer patients frequently develop a feeling of vomiting, nausea and may experience some other symptoms, including debilitating pains, nerve pains, and several others.

How can Medical Marijuana affect the symptoms of Cancer?

Medical marijuana consumption can help cancer patients to deal with several symptoms, including vomiting, nausea, pain, reducing inflammation and nerve pain. Chemotherapy is an intense treatment that results in all these symptoms. Medical Marijuana can help ease the aches, diminish nausea, inflammation, and vomiting, and also helps with a specific type of nerve pain.

Therefore, relying entirely on medical Marijuana as a treatment while delaying or avoiding conventional medicines for cancer may have several serious health consequences. So, it is highly essential to choose the treatment with the doctor’s advice only.

What are the frequently used Cannabinoid drugs?

There are two chemically pure drugs based on medical marijuana constituents that have been approved for treatment purposes in the US. This includes:

Dronabinol or Marinol: Dronabinol is a gelatin capsule comprising THC approved by the US FDA to treat vomiting and nausea caused due to cancer chemotherapy. Also, for the weight loss and poor appetite for the patients diagnosed with AIDS.

Nabilone or Cesamet: Nabilone is a synthetic cannabinoid that works much like THC. It can be consumed by mouth to treat vomiting and nausea caused due to cancer chemotherapy when the other drugs haven’t worked.

However, another cannabinoid drug, namely, Nabiximols, is still under study in the US. Nabiximols is a mouth spray composed of whole plant extract with CBD and THC in the almost one-to-one mix. The drug is available in a few parts of Europe and Canada to treat the debilitating pain associated with cancer and muscle spasms. Also, the drug is still being tested, and clinical trials will only reveal if it can help treat several health conditions.

How do these Cannabinoid drugs affect Cancer symptoms?

Based on several studies, the first drug, dronabinol, can help reduce vomiting and nausea associated with cancer chemotherapy. It has also been found that it can help boost food intake and prevent weight loss in patients diagnosed with HIV.

Coming to the Nabiximols, the drug has shown promise to help cancer patients with the debilitating pain that is usually unrelieved by the potent pain killers. However, the research is still ongoing on all the drugs to find their efficiency and efficacy in treating the health conditions.

What are the risk factors?

Though the THC constituent may help diminish nausea or augment appetite, a few side effects may include an inability to concentrate or think about some mental issues like depression and bipolar disorder. They may lead to some respiratory complications, including chronic bronchitis. Also, apart from these risk factors, medical Marijuana may interact with some other medications and amplify the side effects.

However, several a few possible side effects of medical Marijuana may include:

Therefore, it is essential to discuss the medicine consumption, supplements, and the accurate dosage with constituents proportion with your medical doctor. The doctor will recommend the precise dosage, strain and check out other essential things to consider. This is all to provide Medical Marijuana’s health benefit to the patient instead of side effects.

If you are considering medical marijuana treatment for easing cancer treatments, here are the steps to follow.

Firstly you need to know the law whether medical marijuana consumption is legal or illegal in your state. Also, it is essential to stay familiar with the regulations as the state usually keeps changing and updating the rules regularly. Lack of knowledge can cost a lot.

The next essential thing is to talk to your doctor. Your health care professional will analyze the need to access the medical marijuana treatment and recommend accurate dosage and strain. Make a good note of it. Once your doctor approves the condition, a recommendation will be provided to proceed further.

The last yet another essential step is to obtain a Medical Marijuana Card that is the only legal document that can provide legal access to medical cannabis and saves you from legal issues. To get one, you don’t need to rush to the manual procedures as you can obtain it with MY MMJ Doctor. My MMJ Doctor will provide legitimate services online, so you don’t have to run to the manual processes, and you can get it all from the comfort of your home.