Get Your Indiana Medical Marijuana Card With My MMJ Doctor

Getting your Indiana Marijuana Card is just a few clicks away. Online health service provision has eased the appointment with professional doctors.
Sign-up now to get updates on your process for obtaining a medical card! How to Get a Medical Card in Indiana?

You can begin the process by briefing your medical condition and personal information requested in the specially designed Indiana state application form.


In the next step, you will be connected with a licensed medical health professional practicing in Indiana. Then the virtual call will be used for the evaluation of your condition.


Finally, if you are approved by the doctor and the state, your registered email address will receive a medical marijuana card.

Our Best-in-Class customer service, Easy-to-go Application Process, and HIPAA compliant policies are what places us on top of the list of Best Marijuana Card Provider in the United States. 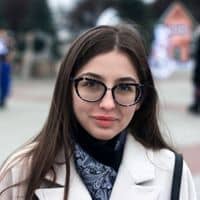 Charlotte Carl
“Simplified Process”
My overall experience with My MMJ Doctor was straightforward. I got my medical marijuana card just by sitting at my home. I am happy to recommend them. 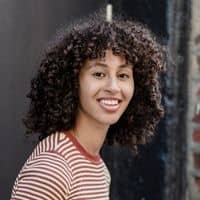 Amelia Jane
“Professional and Understanding”
I thought this process would be nerve-wracking but here I am satisfied with the way MyMMJ handles the appointment with doctors. They are very skilled and accommodating. 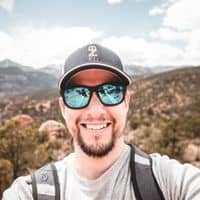 Harper Collin
“Trustworthy”
The doctors and support staff are very cordial. I had a great chat with the doctor regarding all of my doubts and issues and they answered my questions with such patience. Thanks to My MMJ Doctor!

What is a Indiana Medical Marijuana Card?

Unfortunately, there are no legal programs or acts to enforce the use of medical marijuana in the state of Indiana. Thus, any registration or medical cannabis card cannot be claimed for the consumption of weed as of 2022. But we can hope for this to change soon as there are plenty of states in the country that have decriminalized marijuana for its medicinal value. Severe health conditions diagnosed by licensed physicians or doctors have been treated with recommended amounts of marijuana.
All the positive effects of the cannabis plant cannot be ignored for long after all. So, whenever the state passes the law, we are ready to help you get a medical card.

Is Weed Legal in Indiana?

Marijuana is illegal for both medicinal and recreational purposes in Indiana currently. Yet, a bill signed by Governor Holcomb in 2017 allowed only a meager population of epileptics with severe seizures for consuming low-THC CBD oil derived from industrial hemp.
In 2018, the Governor signed Senate Enrolled Act 52, permitting any resident to purchase, possess, or sell CBD oil that does not exceed 0.3% THC and meets all approved labeling regulations.
Indiana has come a long way since the attempts to legalize weed in 2015. The current situation may change in the near future and qualifying patients can finally get the benefits of medical marijuana legally.

As it is still illegal for Hoosier state people to use marijuana, there are only limited qualifying medical conditions.

However, these are some of the other extreme medical conditions for which other states have legalized medical marijuana. These can be expected in the future laws of Indiana when medical programs are initialized.

Necessary Things for Registration with the State

We will keep you updated if the legislation makes any amendments to the regulations surrounding the restrictions on the usage of marijuana. Medical marijuana, if legalized, will be made available through a systematic registry program established by the government itself. This is followed in many other states to overlook the patients and misuse of weed. The potential documents required might include residential and ID proofs alongside your medical diagnosis.

Becoming a Caregiver in Indiana

As of 2022, those who may assist epileptic patients (only eligible patients in Indiana) in administering or applying low-THC oil are a private matter uninterrupted by the government.
According to most marijuana laws, caregivers are substituted to care for patients who may be eligible for an MMJ Card but are unable to apply for one themselves to get their medicine.
For example, should the patient be a minor under 18, or if the patient needs assistance accessing medical cannabis, a caregiver can be assigned to carry over the process on their behalf.

Indiana doesn’t recognize other states’ medical cards and neither does have reciprocity. While epileptics in Indiana are allowed to have low-THC CBD oil, there is no allowance for them to purchase it in other states, if need be.

How Much Does An Indiana Medical Marijuana Card Cost?

Because no marijuana legal programs or registries exist, you cannot pay for a card or certificate in Indiana. It might be considered a violation of laws and regulations.

Where Can I Apply For A Medical Card In Indiana?

You cannot apply for a medical card in Indiana as of yet. But should there be a legalization act, telehealth service can be a way to claim your registration.

No reciprocity is acknowledged in Indiana.

Who Is Eligible For Legal Weed In Indiana?

Since 2017, severe epilepsy patients with uncontrollable seizures are only allowed to intake marijuana of low-THC less than 0.3% in the form of CBD oil.

When Will Indiana Legalize Marijuana?

Attempts are being made from the citizens’ side but it has been shot down continually. Although penalties have been reduced and small bills were passed for very restricted medical marijuana, the criminalization of weed is still upheld. What are Medical Marijuana Laws in Connecticut?