Apply online and get evaluated by the licensed marijuana doctors on board with us! Fill out an online evaluation form, get assessed, and receive your card from your home’s comfort! 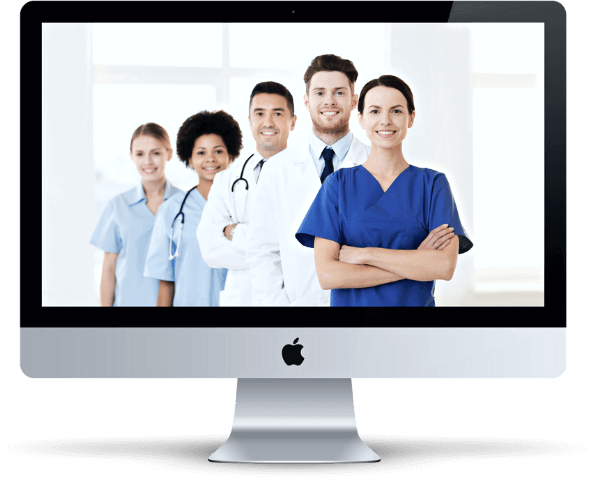 Advantages of Obtaining a Medical Marijuana Card in Iowa

With a MMID Card, save on some sales taxes that are required to be submitted by recreational users and get access to the high-quality medical marijuana strains at cost-effective prices.
W

A medical marijuana card provides complete legal protection from getting trapped into any legitimate issues.

How to get a medical marijuana card in Iowa?

Obtaining an IOWA medical marijuana card is now easier than ever. Follow a four-step process only and get your legal right to access medical Cannabis.

Fill up an Online Evaluation Form

Begin the process of obtaining a medical marijuana card in Iowa by filling up an online evaluation form with accurate personal and medical details. Also, choose the feasible timings to set up the consultations with licensed medical doctors.

Get assessed by the medical doctors. The consultation will only take 15-20 minutes to evaluate the debilitating condition and the need to access the medical cannabis treatment.

Once approved by the doctor, you will get a digital copy of the Healthcare Practitioner Certification form that indicates the approval for medical cannabis treatment.

Register With The State

Once you have your digital copy of the recommendation, you must register yourself as a patient with the state. The state will process the application and approve it within 3-5 working days of completely submitting the applications. 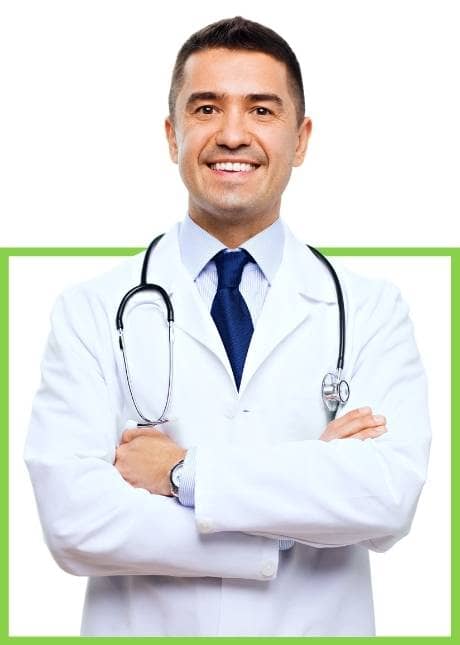 What else will you get using the My MMJ Doctor Platform?

Apart from a medical marijuana card, you can get access to the following:
Click Here To Proceed

What Makes us Special?

Iowa is limited to a very few qualifying conditions when it comes to legalizing medical marijuanas. Check if your disability is in the list.
01

Get Connected with our MMJ doctor and ask questions concerning your health.

You don’t pay if you are not approved during the Online 420 Evaluations.

Any debilitating condition may qualify for treatment. However, the most commonly approved list of Iowa medical marijuana qualifying conditions includes:

According to the Marijuana Business Daily, since the start of this act, ample dispensaries and manufacturing facilities have closed because of the low-THC levels and lack of doctors’ participation.

Initially, the marijuana dispensary products were supplied by MedPharm, an IOWA-based manufacturer that made up to 3% THC infused tinctures, creams, and capsules.

Since COVID-19 was a roadblock for IOWA’s MMP, that actually saw the departure of relief and the closure of 2 licensed dispensaries in IOWA during March.

But the case is entirely different now. Among all the limitations, Governor Kim Reynolds expanded the MMP by eliminating the 3% limit of THC and modifying it to 4.5 grams of THC in 90 days.

And the reports suggest that PTSD Disorder and severe autism were added to the qualifying ailments list and permit the advanced registered nurses, physician assistants, podiatrists, and practitioners as eligible cannabis card providers.

Requirements for Obtaining a Medical Marijuana Card in IOWA (2022 Updates)*

What forms of medical marijuana card permit in Iowa?

A qualified patient with a valid medical marijuana card is allowed to be in possession of a maximum of a 30-day supply.

The products or the cannabis forms that a qualified patient can possess:

What forms of Medical Cannabis does IOWA permit?

What else will you get along with an Iowa Medical Marijuana Card?

If a patient is experiencing financial hardships or receives government assistance and can provide the documentation of the same, the state fees can be reduced to $25.

Becoming a medical marijuana patient in Iowa requires a patient to be qualified for the treatment and obtain a written recommendation for the same.

Becoming a Caregiver in Iowa

A caregiver must be at least 21 years or older to administer Medical Cannabis on the patient’s behalf.

Like a qualified patient, a caregiver must also prove the state residency by submitting the identification proof of the state.

However, to be eligible as a caregiver, the applicant must be mentioned on the Healthcare Practitioner Certification form signed by the primary doctor of a qualified patient.

The caregiver must also pay a caregiver registration fee to the IOWA Department of Public Health.

How To Buy Marijuana in Massachusetts?

Buying medical marijuana and accessing the high-quality cannabis strains is now easier than ever.

With a valid medical marijuana card, you can now be hassle-free with cannabis products from the nearby state-licensed dispensaries.

As easy as it sounds!

IOWA hasn’t legalized the edibles and raw leaf access of marijuana. However, It is permitted in every other form.

In June 2020, Governor Kim Reynolds signed a bill that made THC consumption official. The bill leads to replacing the 3% THC limit with 4.5 grams of THC every 90 days.

However, you can get some more possession if the healthcare provider recommends higher access for your terminal illness.

The state doesn’t allow the home cultivation of Medical Cannabis. However, only industrial cannabis cultivation with a maximum of 0.3% THC content, but this also requires specific licensing.
Click Here To Proceed

Benefits of Obtaining Medical Cards from Us!

Being HIPAA compliant, our services guarantee data privacy and confidentiality. So, none of your information will be shared with unauthentic access.
W

Gone are the days to acquire different services from diversified platforms. Receiving services from My MMJ Doctor is a complete one-stop solution, so you do not have to hop from one location to another.
W

No more trapping in online frauds! With the SSL secured online process, your process to obtain a medical card and their payments are going through a reliable platform only.
W

Get complete legal security for consuming, and possessing medical cannabis in Iowa.
w

Is it easy to locate a licensed cannabis doctor in IOWA?

Well, not really! It is pretty challenging to locate a medical doctor in IOWA. But not anymore!

My MMJ Doctor has brought various medical cannabis-friendly doctors on board to evaluate the need of a patient with a terminal illness to access the treatment. Connect through the online evaluation form, choose the timings by scheduling an appointment, and get evaluated at your feasible timings.

Can I grow marijuana in Iowa?

No, Iowa doesn’t allow the patients to cultivate Cannabis for personal use. The state only permits industrial cannabis cultivation with a maximum of 0.3% THC content. However, this also requires specific licensing.

What is the cost of obtaining an Iowa Medical Marijuana Card?

Obtaining an Iowa Medical Marijuanas Card is only $199, with an additional state registration fee of $100.

However, the state registration fees can be further reduced to $25 if a patient is experiencing financial hardships or receives government assistance,

How long is my Iowa Medical Cannabis Card valid?

An Iowa MMJ Card is valid for one year from the issue date. Ensure to renew it before the expiry date mentioned on the card.

How long does it take to get a medical cannabis card in Iowa?

After getting approved for the medical cannabis card, you will get an email at your registered email address. You can download and print it for legal cannabis access.

Yes, a minor patient can also legally access iowa medical marijuana but only with the help of a designated caregiver.

Where can I use my medical cannabis card in Iowa?

How can I become a medical cannabis patient in Iowa?

Can I assign a caregiver?

Yes, minor patients can assign a caregiver that must be a legal guardian or the patient’s parent who is a state resident with a minimum of 21 years of age. The law only permits caregivers to access and purchase Cannabis on the minor patient’s behalf.

Do I have to live in the state to become a medical cannabis patient in Iowa?

Yes, to begin with, the registration process and becoming a patient in Iowa must be a state resident. The individual needs to prove the state residency by showing a state license, US Passport, or any document like a utility bill to confirm the residence.

Where can I use medical marijuana in Iowa?

The consumption of medical marijuana is illegal in public places, and you must choose to consume the medicine in private spaces only.

Does Iowa permit the home cultivation of Medical Cannabis?

The state doesn’t allow the home cultivation of medical Cannabis. However, only industrial cannabis cultivation with a maximum of 0.3% THC content, but this also requires specific licensing.
Click Here To Get Your Medical Marijuana Card