Get Your Oklahoma Medical Marijuana Card With My MMJ Doctor

★★★★★ – 864+ 5-star Reviews
Getting an Oklahoma medical marijuana card with My MMJ Doctor is easier than ever. Start by booking an appointment with a doctor at the time best suited for you, and get diagnosed from anywhere in minutes.
Get My Card 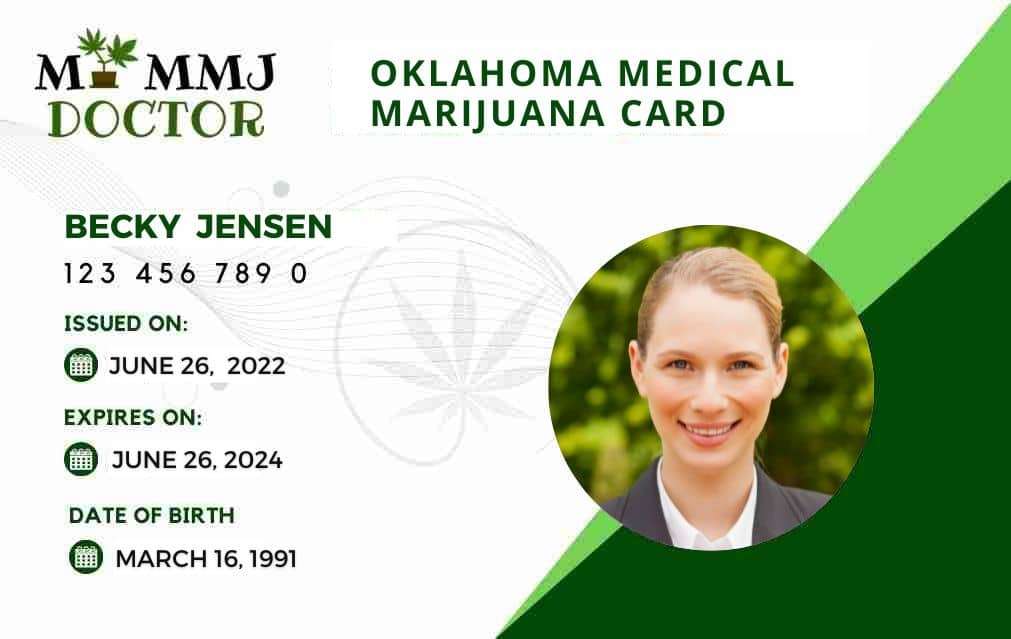 How to Get a Medical Card in Oklahoma?

Booking an appointment is very straightforward. Click the button below, and fill up the appointment form. Also, You can pick a time that you deem suitable for the same.

Have any concerns about the same, let us know in chat. We will gladly help.

Providing resident proof is mandatory. Not submitting proofs may result in disapproval of your application by OMMA. (The Validity time for applying is 90 days. Afterward, the doctor’s recommendation expires).

Oklahoma medical marijuana Authority takes an average of 14 days to review a patient’s submitted documents. After approval, OMMA dispatches the card by mail. Once received, a patient can start making purchases from an Oklahoma dispensary.

Apply Now
My MMJ Doctor is the Most Recommended Service for Online Medical Card in Oklahoma
Our Best-in-Class customer service, Easy-to-go Application Process, and HIPAA compliant policies are what places us on top of the list of Best Marijuana Card Provider in Oklahoma State. Stevens Rhyne
“Outright and Competent”
My MMJ Doctor is a highly competent platform to lay hands on medical marijuana cards. The experts are skilled and acknowledge every minute concern of their clients. 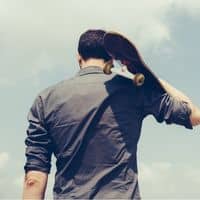 Lewis Walker
“Prompt and Compliant”
The procedure of obtaining a medical marijuana card is prompt and efficient. Initially, the process sounded a little long, but everything turned out to be streamlined with effective services. 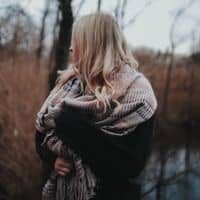 Allen Holmes
“Professional and Skillful”
The medical team of My MMJ Doctor is experienced and professional. I received my medical marijuana card the same day and without many obstacles. Besides, the team assists you from the beginning till the end of the process. So, I highly recommend it!

What is a Oklahoma Medical Marijuana Card?

Oklahoma Medical Marijuana Card, otherwise known as OMMA Card is an official license issued by Oklahoma medical marijuana authority offering access to possession, cultivation, and consumption of marijuana to patients who are suffering from any medical disabilities.

The road to the legalization of medicinal marijuana in Oklahoma has been through many ups and downs. The journey of legalization started in April 2015 when Governor Mary Fallin signed HB 2154, the measure to permit clinical trials on CBD Oil. This law also authorized the distribution of CBD oil.

3 years later, Oklahoma became the 30th state in the country to legalize marijuana’s use within the state boundaries with the enactment of SQ788 on June 26, 2018, with 56.48% approval (The measure received 507,582 votes in favor, 385,176 votes against). The following day, the first medical marijuana clinic opened in the state, though the laws for possession of medicinal marijuana were unclear to many.

Here are the three historical petitions filed for the legalization of Cannabis in Oklahoma.

SQ788: The first petition was filed by Oklahomans for Health on April 11, 2016, with the Oklahoma secretary with an initiative to legalize the use of medicinal marijuana in Oklahoma.

SQ796: A petition filed on April 3, 2018, by Green the Vote for amendments in the Oklahoma Constitution. The initiative of SQ796 was to classify marijuana as a herbal drug. The foundation of this measure was to provide more protection to medical marijuana users in Oklahoma. To Amend Oklahoma Constitution, SQ796 required 1,23,735 voters in favor that the measure failed to gather on August 8, 2018, when Green the Vote submitted the petition to the state office Oklahoma Secretary. The act officially received 95,812 voters’ approval.

SQ797: Another amendment petition filed by Green the Vote to legalize marijuana for everyone who is 21 years or older. This petition stated that an adult to possess, use, grow, process and sell marijuana without any medical reasons. Just like SQ796, SQ797 lacked more than 20,000 voters’ approval.

Since both measures lacked the number of signatures required to make any changes in the constitution, the supreme court ordered to close both affairs on September 10, 2018.

June 26, 2018, the date of enactment of SQ788, is the date of establishment for the Oklahoma Medical Marijuana Authority (OMMA), the regulator of medicinal marijuana in the state.

OMMA, in 2020, updated new laws and policies for regulating marijuana among medical marijuana license holders. These policies defined the limits of possession, cultivation, and forms of marijuana legal for possession.

OMMA has now legalized smoking marijuana which was restricted in the initial stages of legalization of cannabis in Oklahoma. A medical marijuana license holder can smoke in areas where tobacco smoking is authorized. However, even for a licensed user, holding marijuana on federal lands and tribal trust land in Oklahoma is illegal. Also, a medical marijuana card user is permitted to consume edibles anywhere. Apart from edibles, the use or possession of all the other forms of marijuana is illegal.

Penalties for Illegal Use*
Medical use of cannabis in Oklahoma for the past 6 years, on the contrary, recreational marijuana is not legalized in Oklahoma yet. Anyone found possessing, transporting, or selling is subject to a felony. The type of punishment in such a case depends on the amount the person is carrying.

Click here to know about the Guidelines for registering as an Adult Patient Application in Oklahoma.

OMMA has limited the number of caregivers for adult patients to one caregiver per person. Also, in the case of a minor, two caregivers can be assigned.

Conditions to be a caregiver

Every card issued by OMMA comes with a validity period of 2 years(maximum). Once expired, needs to be renewed.

Here are the bunch of privileges individuals receive by registering for a medical marijuana card. Stick to the screen and find out these incredible merits:

We are a health care organization focused on making our clients experience the best use of Medical Cannabis. My MMJ Doctor is the online portal to indulge more people who necessitate marijuana concerning health issues and perceive them to buy Medical Cannabis from legal sellers.

Our MMJ Doctors are 24/7 ready to help people with specific problems and access marijuana for their health. We serve patients across different states who are looking forward to using marijuana.

A Certification That Lasts

Each recommendation signed by our world-class marijuana professionals lasts for two years. We will notify you when the validity is about to end to renew it.
Endless Support & Assistance
No matter what time of day you need assistance, we are there for you. Call our team or pop up our chat. We’ll do whatever we can to address your concerns.
Full Refunds
Money is not our top concern, your health is. We will only charge you if you are approved by the doctor. If not, we will provide you with 100% money back.
Diagnosis Based Treatment Plan
Our Doctor will address your health concerns thoroughly and will help you to decide what is best for your health. If Marijuana treatment is what they deem suitable, they won’t hesitate to recommend it.
Encrypted Consultation
Security is our top-notch concern. With End-to-End Encrypted Consultation, we ensure that the data you share throughout the process remains confidential and is only accessible by our doctor.
Quickest Delivery For Digitals
Our team always makes sure that you get what you paid for at the earliest. That is why we have a delivery department built in that ensures quick and hassle-free deliveries of your digital recommendations.

Does Oklahoma Accept Out Of State Medical Marijuana Cards?

Oklahoma State endows the adults with a temporary adult patient license that permits a person to consume legally, purchase, and possess medical marijuana. There are different rules for this policy; make sure you go through them.

If You’re Renewing Your License Do You Still Need A Doctor's Statement?

Yes, Oklahoma medical marijuana authority requires a doctor’s recommendation letter each time you renew your marijuana card. You may use the same doctor that recommended you the first time, or you may also select a new doctor.

When Does The Medical Marijuana Card Expire?

What If I Need Some Help For Buying Or Consuming Medical Marijuana?

If a patient requires help to buy or consume medical marijuana, the state has permitted caregivers to care for the patient. Provided a caregiver must be registered with OMMA and also acquire a legitimate license.

I Lost My Medical Marijuana Card. How Do I Get A Replacement?

Well, suppose you have lost your medical marijuana card. The patient needs to apply for a patient card replacement on the OMMA portal, and the concerned authority will reply within 14 days.

How Long Does It Take To Get A Medical Marijuana Card In Oklahoma?

After applying, the application will be scrutinized and reviewed by the OMMA. If the applicant meets all the requirements, the approval letter and the medical marijuana card will be mailed within 14 days of application submission.

I Have Recently Moved To A New Residential Area. How To Update My Address With OMMA?

Patients can update their addresses and other information on the OMMA portal only. To update the data, the patient must log in to the account and click on the create new application following the patient update. For checking the status of your updated information, review your associated email.

Does Oklahoma Provide A Temporary Electronic Card While They Send A Permanent One?

Well, unfortunately, the answer is no. Oklahoma State doesn’t provide any temporary card, and the patient has to wait for 14 days for the verification process.

Will I Be On A Government List If I Become A Medical Marijuana Patient In Oklahoma?

Well, there has been a lot of concern the same. Yes, the patient’s details are available based on the Oklahoma Law Enforcement Telecommunications. But this is intended to protect the patients from being arrested even if they don’t carry their licenses along.

Well, unfortunately, the answer is no. There is no provision approved by the state to deliver cannabis in any form at home.

When Does My Medical Marijuana Card Expire In Oklahoma?

What To Do If I Never Received My Patient Card?

If you never received your medical marijuana card within the 30 days since your application was approved, you can register an application on OMMA. Areas we Cover in Oklahoma
9