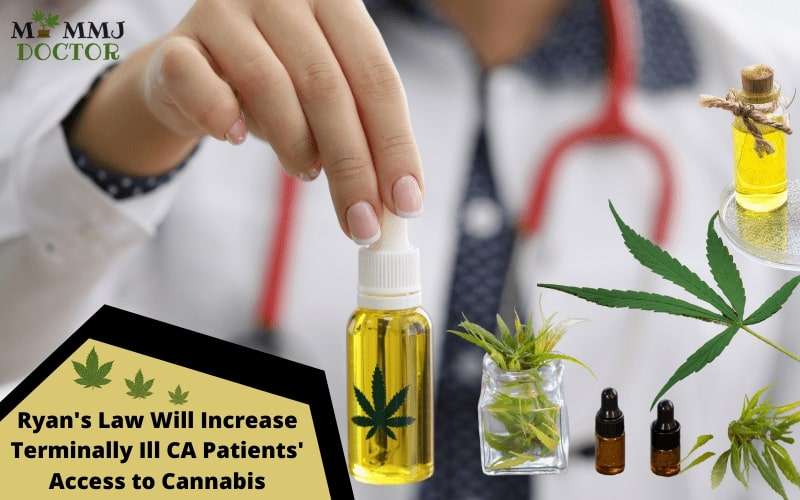 For terminally ill patients who are living their final days, medical cannabis can make a huge difference. However, patients have faced real barriers while attempting the use of this natural medicine in hospitals.

After realizing the barriers in accessing the plant medicine, the real change is brought for the patients in California on September 28 where Governor Gavin Newsom signed a bill SB-311, also known as Ryan’s Law, indicating the hospitals within the state to permit terminally ill patients to access medical marijuana for pain relief and treatment.

As the stack of scientific studies supporting the benefits of medical cannabis is growing continually, the requirement of legal access to the cannabis plant is also increasing in demand. Its illicit federal status requires permissions to access.

And the conflict between the cannabis laws and research studies raises a question about whether marijuana should also be treated like other medications!

The unleashing health benefits indicate that it must be included in the treatments like other medications. Still, at the same time, it is reasonable to prevent the patients from smoking marijuana around others who may have affected lungs and should be restricted to consuming cannabis-infused capsules, edibles, or topical in the hospitals?

Well, this is what the question Sen. Ben Hueso, D-Calif sought to answer.

But the Ryan law proposal took it to another level.

A Californian resident named Ryan Bartell was 21 years old when he got life-changing news that his body was battling fourth-stage pancreatic cancer.

The Ryan’s father, who was a former member of Coast Guard and all-state runner, his son’s cancer diagnosis was nothing short of devastating for him and the entire family.

The days were hard to pass as, with time, Ryan failed to show much improvement in his health despite the potent medication doses of fentanyl and morphine that doctors provided him to deal with the crippling pain.

After about four weeks of struggle with the potent medications and opioid use on the hospital bed, he finally requested cannabis treatment. As most of the hospitals follow anti-cannabis regulations, the hospital in which his son was admitted was also one of them and forced him to relocate to a Washington hospital for the medical use of cannabis.

Surprisingly, after accessing the medical cannabis treatment, Ryan’s father, Jim Bartell, shared that his health condition was drastically improved with the help of medical cannabis.

Thankfully, the cannabis consumption granted him a decent quality of life in his final weeks.

Jim Bartell shared the statement to the media resources that,

“Ryan went from being able to sleep most of the time with morphine and fentanyl to being alert and able to communicate, talk to friends, have visitors, and text while he was on medicinal cannabis.”

Unfortunately, after losing the battle with cancer seven weeks after cancer’s initial diagnosis, his father came into action advocating the charge to the rules that are preventing hospitals from permitting the patients who need it the most to consume cannabis.

With the help of Hueso, Ryan’s father started exploring the possibility of permitting terminally ill patients to access the cannabis treatment devoid of jeopardizing the federal status.

After learning from the Centers for Medicare and Medicaid Services, they learned that there were no existing rules concerning addressing cannabis use in medical settings.

However, Hueso started working on the Compassionate Access to Medical Cannabis Act and said that “While the medical marijuana use has been proven to help diminish nausea, pain, and vomiting, hospitals in the state are prohibited from endowing it to the patients.”

However, in September 2021, the California Assembly and Senate passed the bill with enormous support and sent it to the governor’s desk for final approval.

Though Newsom vetoed a similar bill in 2019 also because it would create significant conflicts between the state and federal law, this time, he offered his signature finalizing the new rule.

However, the bill requires several healthcare facilities to permit terminally ill patients to use medical cannabis within the hospital. Though the vaping and smoking of cannabis in the emergency rooms continue to be prohibited, California welcomes other forms of cannabis use.

The Ryans Law states that!

Ryan’s law may be referred to as Ryan’s Law or Compassionate access to medical cannabis act.

The law intends to support the terminally ill patient’s ability to safely use medical marijuana within a particular health care facility in compliance with the 1996 Compassionate Use Act.

Along with the enactment of Ryan’s Law, the health care facilities must follow all of the following:

An Outlook of using Cannabis in Health care

The combined efforts of Jim Bartell and Hueso are continually demonstrating the possibility of working on the stringent rules concerning medical cannabis use, which will inspire other states to begin their own reforms.

However, we can conclude that the Ryan Law approval is indeed a long-awaited initiative encouraging the patient’s health and wellbeing. Once the other states permit cannabis use for terminally ill patients within the hospitals, My MMJ Doctor will keep you updated about it!