Virginia Creates A Cannabis Agency To Regulate The Budding Industry 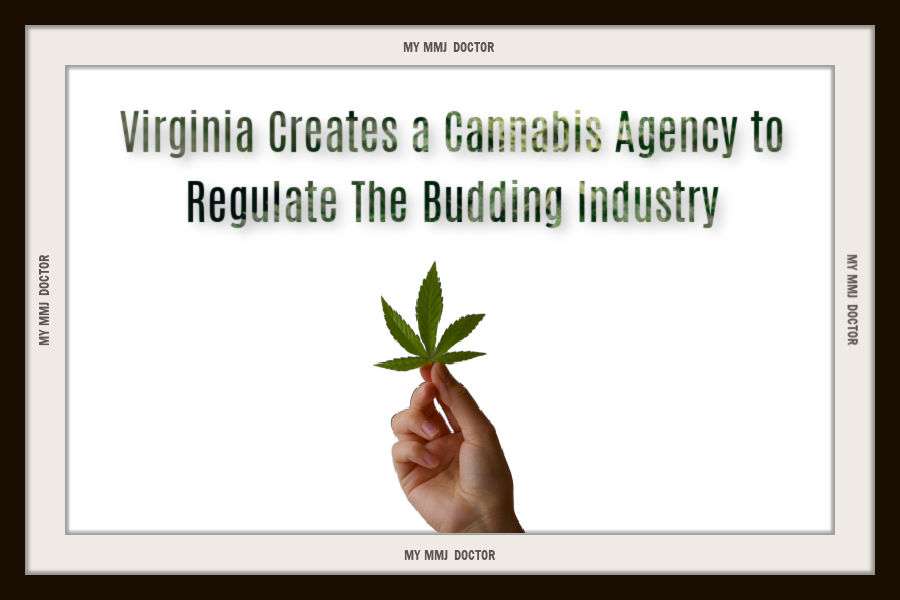 Virginia is taking little steps to move towards the recreational marijuana market. And you will be happy to know that the establishment of the Virginia Cannabis Control Authority is all set up to regulate the budding industry. Starting from Thursday, that is July 1st, it is legal to acquire and cultivate marijuana, but the retail sales of the marijuana plant won’t begin until January 1st, 2024.

The law passed through the General Assembly endows with the framework for Virginia State’s industry and expounds the power of state authority’s board of directors.

The cannabis control authority will establish rules and regulations in the broader strokes, issue consumption, sell licenses, and carry out a social equity plan for the entire industry. Governor Northam’s picks for board and authority’s CEO hadn’t been named yet as of yesterday’s afternoon.

The cannabis authority’s board is authorized to suspend, revoke and grant licenses required by businesses to operate as the mechanism in a larger machine that will be the recreational marijuana industry. However, it will probably be possible to apply for marijuana business licenses in the year 2023. But the minute details on the licensing processes haven’t been decided yet.

Sen. Adam Ebbin, a chief patron of the Legalization bill’s Senate version, also added that there could be as many as 450 cultivation licenses, 400 retail licenses, 25 wholesale licenses, and 60 manufacturing licenses state-wide. Though, the board will determine the actual number of permits to be approved for each category.

Ebbin also added the statement that

“I think the General Assembly is open to meeting the demand, but for the initial phase, we thought a limit makes sense.”
The control board is also allowed to refuse the entities that manufacture, distribute or sell tobacco or alcohol. The retailers must put on the market their marijuana and marijuana-related products through face-to-face or in-person transactions only.

Also, the control board will set confinements on marijuana retail spot’s square footage, which are restricted by legislation from being larger than 1500 sq ft. It will also set up the criteria to weigh approval of new licenses based on the existing marijuana store’s density in a particular area.

The board will also talk over the requirements concerning the security and advertising of facilities included in the cannabis industry. However, people will not have any financial interest in more than one marijuana license in most cases. The holders of industrial hemp processor or pharmaceutical processor licenses can have permission in more than a category if they pay $1 million fees.

The legislation is also intended at generating a level playing field for the people convicted in marijuana violations until that time, including the diversity and equity team at the authorities aimed to offer the business guidance to the qualified applicants. Also, the legislation generates a program to provide loans to licensees for the ones who qualify.

In early June, the Joint legislative audit and review commission briefed the lawmakers on the further modifications to the legislation aimed at better cultivation competition in the market. Also, the licensed medical cannabis operators could select to sell the recreational marijuana product at six retail units that JLARC recommended confining those operators to up to three recreational marijuana dispensaries.

Further, JLARC chief legislative analyst Mark Gribbin said that “Provided that these businesses have a competitive benefit from being vertically integrated and we proposed confining that number.”

Also, JLARC recognized what it considered a loophole that would permit vertical integration more readily than planned due to the rules on industrial cannabis processors. Any business can sign up to be a marijuana processor with fees of $200 and performing some paperwork. It is because it is a registration process rather than the licensing one.

Gribbin also distinguished that the legislation generates two types of growing licenses; one is for hemp and one for marijuana. Presently both types are actively counting towards the 450 license ceiling. Therefore, the help growers can crowd out the marijuana growing by taking up the licenses.

However, the recommended fix was confinements for each type. Gribbin also suggested that the authorities will be permitted to generate subclasses within the several license categories. The authority is scheduled to build up the regulations and accept the applications for marijuana licenses six months before the sales are legalized on January 1st, 2024.

Gribbin also suggested January 1st, 2023, as the new date for regulations to be rolled out, and the application window opened. The family members of marijuana offenses convicted be eradicated from the list, he also added.

However, JLARC had some ideas concerning the law’s equity efforts. The authorization as written permits people to qualify for the social equity status if they are