What Does A Marijuana Doctor Have to Say About Contact High? 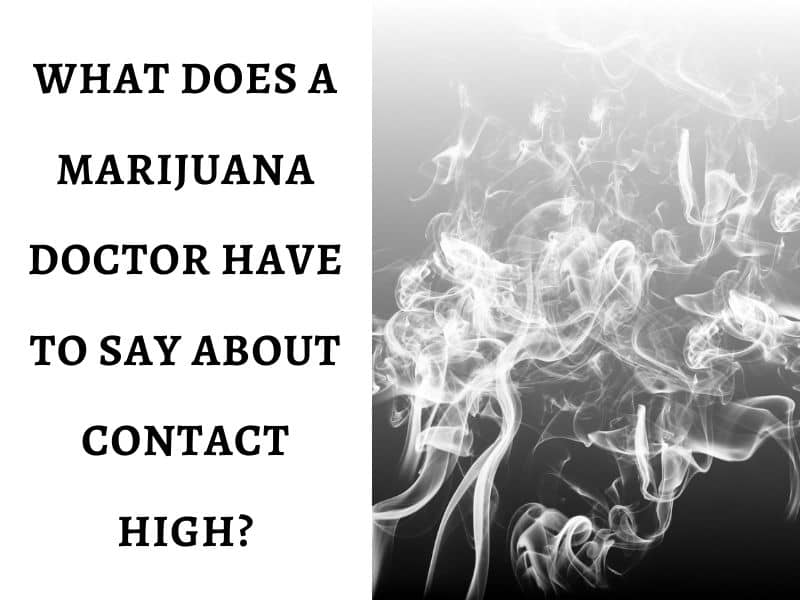 Cannabis is a widely used, illicit drug. Though it is a plant whose every part has curative properties, it has always been discussed due to its history of prohibition and its high feel properties. Well, the history of marijuana legalization varies from location to location. Let us take a closer look at its effects and high properties that have always been a point of attention.

The most common route of marijuana consumption is through the smoke. People usually prefer smoking over any other methods of consumption. But do you know the accurate concept behind it? Even if you are not smoking and the nearby person is inhaling the smoke, you are also indirectly a part of that chain. Don’t know how? Are you still confused about how that is even possible and how you are also a part of it? Well, to make it clear for you! The person inhaling the smoke is also exhaling it at the same time. And the person nearby is also inhaling that exhaled smoke popularly known as “secondhand smoke”. Secondhand smoke also affects the body, and that is how the linking proceeds. The inhaled smoke also has physiological, cognitive, and subjective effects as confirmed by the Marijuana Doctor.

When people talk about tobacco cigarettes and discuss their effects, they directly revert that it affects the lungs and gives rise to respiratory diseases. But have you ever thought of the effects and health risks concerned with marijuana cigarettes, their smoking, and their effects on health? Being a medical cannabis patient who smokes cannabis daily, have you ever realized and thought of your smoking health risk to your family members? To understand this, you need to learn and understand the concept of contact high from cannabis. Whatever the case is, let us take a closer look at the cannabis smoking effects and what a marijuana doctor has to say about a contact high from cannabis.

People often ask the questions like “what is a contact high” and what does it signifies”, Am I prone to adhere to the same effects that a cannabis patient does and what not. The term Contact high is self-explanatory that signifies getting high by coming in contact with secondhand smoke. As per the survey, some people have shared and analyzed that it is possible to experience the same effects and the high feel that a cannabis smoker get, by inhaling the exhaled smoke. If this gets proved and has a true significance, then this can be bad news for you, especially for some smoker friends. As without even touching it, you may get into some health troubles or end up having a positive drug test that can even give rise to some other health conditions. So, to make things clear, we will discuss it here only.

With the answer to this question, we cannot directly say a straightforward “yes” or “no” as it may or may not contain THC. The presence of THC content in exhaled smoke depends on several factors… Let us dig into the factors focus concept to get a clear vision for the same.

The foremost determining factor is the smoker’s experience. Suppose you are around an experienced cannabis smoker that has already nailed the technique of deeply inhaling the hit and the time duration to acquire the strongest hit from drag. Their bloodstream absorbs most of the THC content from a drag. It leaves a little residue for the exhaled one. But if you are around a beginner, then the experience can be entirely different as they don’t know how to inhale it and exhale more of it. But being a beginner, the THC content included in it can be very small so both cases can be a possibility.

The second essential factor to discuss is the aspect of contact high is a strain’s THC content. Well, as the demand is ever-increasing, you can easily find the cannabis strains with 30 percent of the THC content. If this is the present smoke’s content in the smoke, then a person can expect some fraction of THC content in the exhaled smoke, and the contact high can be the real high for you.

Now, we have analyzed the factors well, let’s move forward to the real question that people often ask about: Do you get that high feel with secondhand smoke?

Do you get high with exhaled smoke?

Cannabis is well-known for the high feel and causing a euphoric experience, and the primary culprit behind it is the THC that is Tetrahydrocannabinol. Now, that you are clear with the concept that the exhaled smoke may contain some THC content, does this indicates that the people around you can also get that high feel or may get the contact high?

Well, the answer can be both a big yes and a no too.

According to the research studies conducted among smokers, and no smokers in diverse scenarios, contact high smoke was observed.

In the first scenario, both the smokers and nonsmokers were made for sharing the same room that is non-ventilated, and the smokers of the group were given a joint to smoke.

In the second scenario, both the groups were made to sit in properly ventilated rooms, and the smokers were again given a joint to smoke.

Now that the scenarios are clear, the most interesting part of the study is the conclusion. The first scene’s outcome came up with the nonsmoker’s feel mild effects of THC and diagnosed with a detectable amount of THC in their urine tests. And, in the second scenario, the THC levels were negligible.

Another similar study was conducted in a coffee shop—a well-ventilated coffee shop where a few people were given cannabis joints to smoke. After the exposure, the people were tested for THC levels. The study results concluded with some THC levels in urine and blood, but the amount was not that to have a positive drug test.

With these two studies, we can conclude that a person may experience contact high under specific conditions.

The inhaling of exhaled smoke or contact high is not as strong as inhaling it from a vape pen, or a joint but nonsmokers with no experience may feel high due to paranoia and confusions. They may experience a few side effects: 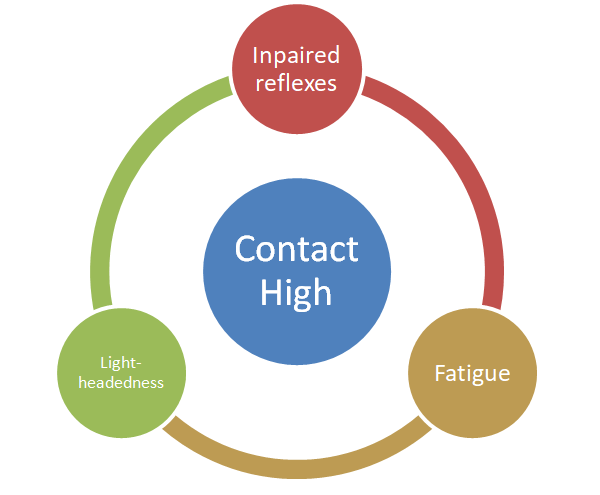 The inhaling of exhaled smoke or contact high is not as strong as inhaling it from a vape pen, or a joint but nonsmokers with no experience may feel high due to paranoia and confusions. They may experience a few side effects:

What not to do is a Cannabis Patient?

With the studies on the effects of cannabis contact high and their outcomes, you may get a clear vision about the THC content and its effects on people present in the surrounding. It would be best if you made a quick checklist of what not to do as a cannabis patient. Let us take a few responsibilities that you must fulfill, and the marijuana doctors recommend to cannabis patients to keep a check on. 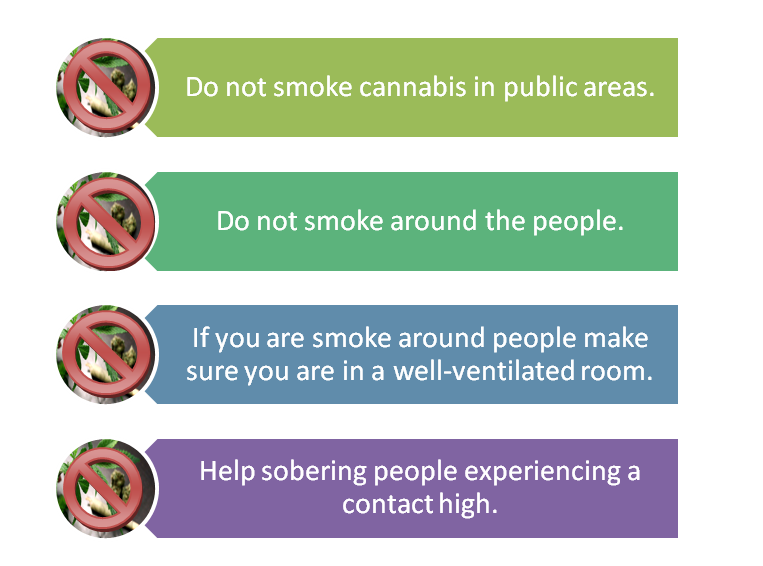 Though the chances of contact high are quite low, you never what you will experience or what adverse effects it may cause. So, it is well-recommended to take the necessary precautions while consuming medical cannabis. Don’t forget to contact medical doctors near you to get the real effects, side-effects, and recommendations for your health conditions. Follow the recommendations appropriately to keep your loved ones always from its side effects.
Stay connected for more!!